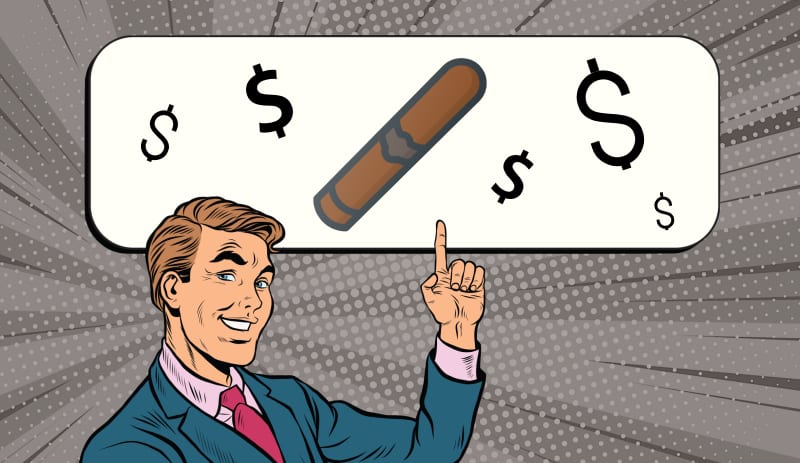 If you’re like many cigar smokers, you may have already made the assumption that life insurance companies are automatically going to give you expensive tobacco rates. But guess again. The truth is that you may be eligible for non-tobacco rates, and we are here to help you get the best coverage possible. Several of the best life insurance companies offer non-tobacco rates for cigar smokers, but you have to read the fine print.

Fortunately, we’ve gone ahead and summarized the important information for each of these companies. Remember, you can start comparing insurance companies and quotes at any time using our online form.

We’ll start with insurance companies for those who smoke the most cigars and go from there:

Cigar smokers will find Prudential to be the most easy-going of all the providers on this list. This is because cigar smokers can get approved for non-smoker rates (at Standard plus rates) regardless of the actual amount of cigars smoked per year.

This goes even if you also happen to use other forms of tobacco/nicotine aside from cigarettes, like chewing tobacco, the patch, or nicotine gum. For the cigar enthusiast who enjoys more than one cigar a week, Prudential is by far the best insurance provider.

Now, if you only smoke one or fewer cigars per week, Prudential may not be the best option for you. Instead, American General may be your best choice, because with them you could be eligible for Preferred Plus rates.

Keep in mind though that this is only if you have been smoking only cigars and nothing else for at least the past five years.

Like American General, ING Reliastar will consider you for Preferred Plus rates if you only smoke cigars and do so only once a week or less (and keep in mind this is also if you fully admit on your application that you are a cigar smoker).

Now, if you smoke as little as one cigar per month or less, Banner Life may be the choice for you, since you may qualify for Preferred Plus non-tobacco rates.

With Genworth, you may also qualify for Preferred Plus non-tobacco rates if you smoke an average of less than 12 cigars a year.

Similarly, if you smoke an average of one cigar or less per month, Mutual of Omaha will consider you for their Preferred Plus rates.

If you are only a “part-time” cigar enthusiast and smoke an average of less than six cigars per year, Protective Life will consider you for their Preferred Plus non-smoker rates.

If you smoke more than this, you may still be in luck, as Protective also considers anyone who smokers less than 12 cigars a year for their Preferred non-smoker rates.

Similar to Protective Life (albeit a little stricter), if you smoke an average of less than four cigars a year, MetLife will consider you for their non-tobacco rates.

If you smoke cigars and want to learn more about your life insurance options, get started by comparing customized rates today. You can use our instant free quote calculator on this page.

Thanks for reading our post, Life Insurance For Cigar Smokers. Please leave a comment or question below.